Seeing as how neither Dan nor Patrick will touch anything pony-related with a ten foot science pole, I guess it falls to me to become the resident brony and tell you all about the MLP collectible card game.

END_OF_DOCUMENT_TOKEN_TO_BE_REPLACED

Hypeway to The Dangerzone – Vanillaware

You sit at a table. Darkness surrounds you, a single spotlight illuminating the felt green battlefield. The three other generals sit next from you, their faces in shadow. Two cards, their backs red as blood wait in front of the mysterious dealer. His eyes hide behind aviator shades and he grins as he turns over the final card. Now five aces stand in a row. Five aces? How is that even possible?

With a knowing wink (how did you know about the wink, you can’t see his eyes!) he says, “ante up.” You reach out, and look at your cards in the hole. How odd, one says “Hypeway” and the other says “Dangerzone”. You decide that fortune favors the bold.

This article really got away from me. It just grew and grew and didn’t seem like it was going to stop. I also didn’t know where it was going half-way through. If you want, here is what I got before giving up and moving on to new articles.

END_OF_DOCUMENT_TOKEN_TO_BE_REPLACED

Listen to the Spoiler Cast 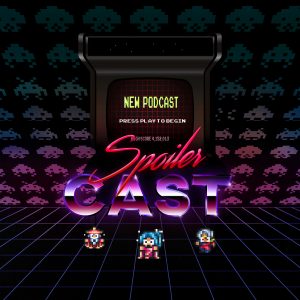