The Last Guardian begs the question, how do you review a game that has been stewing in the development pot for 10 years?

In the Fall of 2016, pigs are flying and hell is freezing over. Final Fantasy XV, a game that started development in 2006 as Final Fantasy Versus XIII, was released to the masses. And now, with surprisingly little fanfare, the Last Guardian is here as well.

Originally announced at E3 2009, the Last Guardian has seen numerous development freezes, the changing of studio names (Sony Japan >> genDESIGN), and the move from the Playstation 3 to the Playstation 4.


Note: While this review will contain spoilers, they will be kept to the bottom of the review in their own section, with another warning.

The Miyazaki of Games

As a teenager, I was one of those people that was captivated by the thought of moving east. The thought of walking through the mountains and forests of Hokkaido or experiencing the bustle of Tokyo were compelling reasons to pack your bags and move away.

One of my favorite pieces of Japanese culture were the animated films by Studio Ghibli. Director Hayao Miyazaki and his animation studio crafted stories of adventure, often through the perspective of children, and often in rural parts of the world. In these movies were fantastic spells and giant beasts that were often a mixture of some sort of cat.

Fumito Ueda and Sony Japan were the Miyazaki of games as an impressionable teen.

ICO was a game with an art style and minimalist play style that the world had not seen. No health. No HUD. Not much in the way of music.

Shadow of the Colossus followed the same minimalist style, only with a gigantic world. Where ICO was a claustrophobic traversal through a brooding castle, Shadow of the Colossus sees the main character in a vast country, tracking down and slaying giant beasts. From the fall in which it arrived, it has been one of my favorite games of all time.

I bring these games up, because The Last Guardian is not only the third game from that studio, but it is also a perfect combination of mechanics and ideas from those games.

Oh yeah, and a cat-bird.

The gameplay in The Last Guardian is a mixture of ICO and Shadow of the Colossus and the color palette is near identical to those games.

The big X-Factor in The Last Guardian is the giant beast Trico. While you play as a young boy, covered in strange black marks, Trico plays like an extension of the character. Following the player around and instinctively helping the player, Trico is a valuable companion. The beast listens to commands and interacts in a way that was believable. Everything I asked Trico to do felt intuitive, and I never felt stuck, wondering what to do. 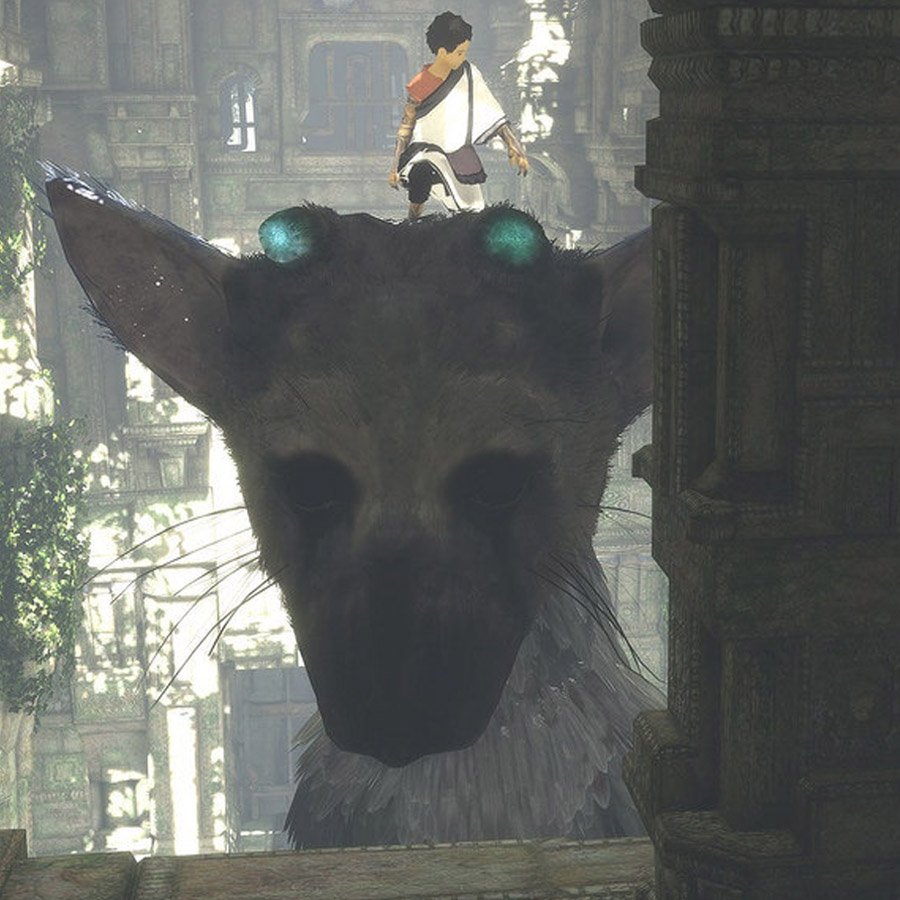 It is clear that the majority of development and design time went into making Trico a living beast that the player can interact with. You can climb all over, pet, feed, and work with the creature in a way that never feels forced. This is not an escort mission, and you never have to worry about killing Trico. Rather, you need to use Trico in intense combat situation as well as in interesting puzzle solutions.

One of the advantages in reviewing this game a bit later than others is getting the opinions of others prior to playing the game. One of the big complaints that was a recurring theme in early reviews was in Trico’s inability to follow directions at times. The idea was that, because Trico is part cat, it sometimes disobeys the player or outright does nothing.

My perspective while playing the game was not that Trico intentionally ignored the player. It appeared more to just be a lack of responsiveness to the game’s controls.

With Shadow of the Colossus, there was a deliberate decision made to have the player character appear powerless. When scaling the backs of beasts that are 10 stories tall, it is important that the protagonist feels as small as possible.

It feels like the development team took the controls that gave Shadow of the Colossus its feel and ported them over to The Last Guardian. The result is a game that feels sloppy to control, climbing on Trico in particular. 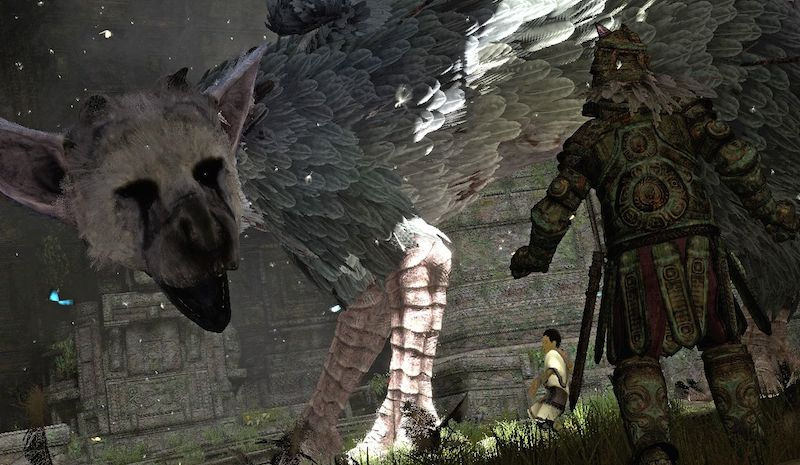 Even worse, at certain points Trico would not respond to my inputs, and not because it is part-cat. Imagine that you were playing a video game and every 100 or so steps your character stopped responding or moving forward for about 20 seconds. This is what it feels like to get Trico to react to commands at certain sections of the game.

The moments of Last Guardian

Thankfully, most of the frustrations of control are offset by breathtaking set pieces and linear moments. There are so many wonderful moments in the unique world that has been created by Fumito Ueda and team, and the pacing is great.

One moment you are in the midst of a harrowing battle with the knights in a dark hall, the next you are outside, sharing the sunlight and a moment of peace with Trico. While you can freely control your character during these scenarios and do what you like, the game does a great job of scripting them enough to put you in the hot seat.

I was always felt that I was sharing genuine moments with Trico, even when it was obvious that the game was force-feeding them. Every moment is deliberate and does a good job of training the player naturally. With the unique puzzle moments, you will feel smart, without feeling like puzzles are too easy.

Refreshingly, The Last Guardian also tells a complete and linear story, from start to finish. In 2016, experiencing a cohesive story with no intent to whack the player on the head with twist after twist is welcome. Additionally, there are no major cliffhangers aside from small teasers.

Spoiler Warning: From here on, there will be spoilers to the game’s story and ending

The Last Guardian succeeds mostly as a story. There are three factors to what make the story great:

The Last Guardian really only has a few major story moments throughout its 8-10 hour length. These cutscenes are a few minutes long and provide enough details as to be a carrot on the stick for the game’s ending.

When we begin the game, we know that the main character is in an unplanned spot with a giant cat-bird and has weird markings on his body. Trico is a vulnerable creature, and you help the creature out. You are both trying to get to the top of a large white tower, but you are not sure why.

Once you learn that the boy was originally eaten by Trico, who was under some sort of mind control from a signal and taken to this valley, there is a conflict of desire to help Trico and hatred for the position you are in.

While I was let down by the final boss being effectively a giant black blob that controls all of the Trico beasts in the valley, the ending battle with all of the Trico is epic and powerful. Once you have zapped the black blob and all of the Trico become free to enjoy their lives, the game ends. Your Trico has turned itself around and delivers the boy back to his village. The boy is allowed to grow up with his village, but the bond he shared with Trico (as evidenced by the post-credit ending) is one that will last forever.

The meaning of the barrels in The Last Guardian

Probably the craziest twist of the game is that the barrels that you have fed Trico all game are actually harvested from the souls and bodies of sacrifices, like your own character. You have basically been feeding Trico humans all game. This matches with the message of the whole game. Here you are helping something that is responsible for the deaths of many people escape and get a second shot.

What did you think of The Last Guardian?

What did you think of the Last Guardian? Should it be criticized for its long development time? Was it better than you hoped or worse? Leave a comment below to start a conversation.