Games // Super Mario Maker: How to Unlock Everything & Tips

Super Mario Maker is an overlooked game that did not sell nearly as well as it should have. You can make just about anything you can imagine… in the 2D space.

Seriously. If you want to make a flying, scrolling Mario stage with flame deathtraps and 17 Bowsers in flying cars in hot pursuit, you can do it.

How to unlock everything in Super Mario Maker quickly

Here’s what you need to do to unlock everything in Super Mario Maker:

It’s that simple, and you are now ready to create!

I had a lot of fun figuring out how things are made in Mario through trial and error and through playing user created levels.

Read below for some less obvious tips on how to create more interesting stuff in the world. A lot of these tips will have you shaking the dickens out of your controller!

To create a checkpoint, select the “Arrow” tool, that you would normally use to show people where to go on a map.

If you shake this tool, it will transform into a checkpoint!

Place as many checkpoints as you would like, but note that, in order to upload a new level, you will have to beat a level all the way from the beginning, as well as from each checkpoint. This is to ensure that you don’t place any death traps.

Some items will complete change, depending on what version of the game you are using. 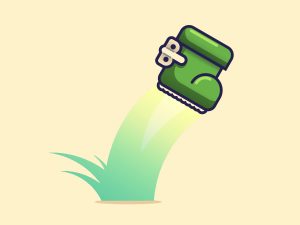 Play with more of these differences and note that if you change the skin, elements of your level may change, beyond visual.

Please note that game physics are not 1:1 with the original version. From what I understand, even the older skins adhere to some of the speed and physics of New Super Mario Bros.

Are you testing a particularly hard level you have created and want to make Mario big, so that you are given an extra chance to clear a hard spot?

There are actually two different ways to make Mario bigger while editing a level, before testing.

The first way is to grab Mario and shake him. Continuing to shake will switch Mario from small to big to small again.

The second way is exactly as you would expect. Grab a red mushroom from the tools and feed it to Mario.

Similar to the above, you can make objects and enemies bigger by dragging a red mushroom on top of them.

My favorite large enemy so far? I like big fireballs! It’s a ton of fun and it is cool to seem them flying around or shooting out of other things.

In general, do not be afraid to shake every item in sight and more importantly combine them. Combinations are fun and different.

Why not place a Goomba in a Kuribo’s Shoe and put that in a flying Bowser car? Perhaps you can shoot them out of cannons too!

I have seen a lot of creativity with how people create unique beasts with the tools provided. And Nintendo encourages it!

6. How to create a sub area

Nintendo does not do a good job of explaining how to create sub areas after giving you the unlock.

What is a sub area? It is a an area you would access by using a green warp pipe. This allows you to extend a level and even use a different theme for the second “stage.”

To make this happen, grab Mario and drag him on top of an existing pipe in your level. Doing this will open up the second level. From the second level, you place where you would like the pipe to spit you out.

In fact, they are really the only thing that would serve as an “if this then that” or boolean trigger in Super Mario Maker. You could hide a bunch of stuff above a bunch of yellow blocks and make pressing the switch drop them into play. You can make little challenges out of creating platforms by pressing the switch.

There were two very cool runs of Super Mario Maker at this year’s Awesome Games Done Quick (AGDQ). AGDQ is an annual streamed event, where all donations go to the Prevent Cancer Foundation.

Here are two videos of speed runners playing very hard levels in Super Mario Maker to get the ideas flowing:

What are your favorite tips and tricks for Super Mario Maker?

Leave some comments below and talk about how you are making levels unique and interesting!