Today, just before E3, Nintendo released a host of announcements that crippled their Nintendo eShop servers. Here are all of the new additions to Smash 4 Wii U in June 2015.

Take all of my money Nintendo.

Ryu – All you need to know for Smash 4 Wii U

Ryu’s moves in Smash 4 Wii U 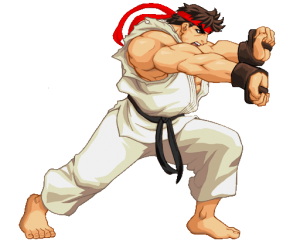 Hadoken – B OR Forward Quarter-Circle A

Ryu’s most classic move is performed either by pressing B or by pressing the original combo from Street Fighter with the base attack button. This will unleash a more powerful version of the combo.

Shoryuken – (Up+B) OR Right, Down, Diagonal A

Used as recovery (no surprise here) or to kill opponents, Shoryuken is Ryu’s Up+B move. If you unleash the original button combo (shown above) Ryu’s Shoryuken is more powerful and Nintendo says can kill at low percent.

Not sure how this move is going to be done, seeing as the half circle forward A attack is already being used for a more powerful Hadoken.

As expected from the original reveal video, Ryu’s Down+B looks to be a supercharged attack with hyper-armor just like in Street Fighter IV. Focus attacks are a neat dynamic, since you absorb the attack and unleash it back at the opponent.

Nintendo and NAMCO-Bandai have also addressed all of the different combos and light, medium, heavy variations that Ryu has. Press and hold the buttons from light to heavy by holding a button longer or shorter.

For example, if you hold the smash button longer, Ryu will punch the opponent with a mean right hook. If you tap the button, he might just do a quick kick. You can also choose to rapidly attack the button if you want to get in some quick jabs. This seems awesome, but I have yet to try the functionality.

These buttons will be used to perform moves like Ryu’s Collarbone breaker I believe, though that could be his Side+B. Nothing was confirmed from the video.

Ryu is also the first character in Smash with TWO FINAL SMASHES.

Like in Street Fighter IV, Ryu’s Final Smashes are the Ultras he can perform in those games.

If you are closer to the opponents, you will want to unleash Shin Shoryuken, which is a mega Shoryuken attack that will knock opponents off the top of the stage.

Roy is back in Smash Bros 4 for WiiU

Roy is officially back in Smash Bros for Wii U and his Up A is more powerful than ever. He is significantly more powerful and even more close range than he was even in Melee.

While his character design has been updated for the new graphics, his move set (from the trailer) seems to be very similar to how it was in the original game.

His Final Smash is a powerful charging side attack that launches opponents to the side of the stage. It seems like it might be an insta-kill if it connects.

Some new stages for Smash 4 Wii U were also announced at this Nintendo Direct. 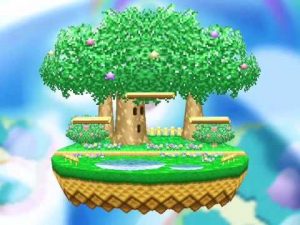 The original classic stage that has made its appearance in every game is back. It has modern upgrades for the Wii U but by and large is the same wonderful stage with the Whispy Woods that it always has been. An Omega version is also available.

Suzaku Castle is also unveiled. This is a strange looking stage with a straight platform at the right and a couple of smaller platforms on the left. I am not sure what this has to do with Street Fighter, but I do know that at $5.99, it is super expensive for one stage. I will use that money towards Ryu himself, thanks.

The MiiVerse stage, with three moving platforms (think Battlefield) and a clean, modern look was unveiled. This stage will be free for all Smash players — presumably because nobody would care to buy it. 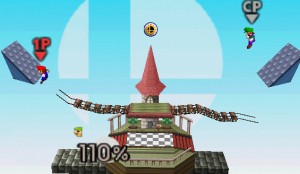 While not directly addressed, short video of new Smash 4 characters fighting in Peach’s Castle from the original Super Smash Bros. was shown.

Here is a list of the new Mii Fighter / Brawler / Swordsman costumes made available:

Tournament Mode in Smash 4 Wii U

Coming in August, Smash 4 Wii U will have tournament mode. This seems to include Round Robin and Elimination modes.

You can play the tournament locally with friends, like you could in earlier Smash games. Additionally, Nintendo is working on net code for live online tournaments, which would be very cool.

All of this being said, I can already see the online tournament being disappointing due to poor net code, where lag destroys any semblance of real competition.

Finally, as if all of this wasn’t enough, you will be able to post Smash replay videos to YouTube coming soon.

You will need an active Google account to post these replay videos, and you can find more information at SmashBros.com (at least that’s what the video told me).

How much does Smash WiiU DLC cost?

So how much does all of this content cost? Get ready for an empty wallet. While everything by default seems affordable, I wish they offered a bundle package for hardcore fans who want all of this stuff. The total cost of all of the new character and stage content is $22. The new characters alone will set you back $14. Here is the breakdown:

All of this content, including Roy, Lucas, and Ryu are released to Smash 4 TODAY (June 14)!

Tired of reading this news? Watch the original Nintendo Direct where this was leaked for more excitement below:

What do you think about all of the new additions, changes, and pricing?

« Chris Pratt and The Raptors Should Be A Band – Tristan’s review of Jurassic World
Fallout 4: What we know, love and want »