If you have never played “To The Moon” (available on Steam and GOG), you have probably still deduced that the above quote is from the game and that it describes the stars in the sky — it describes total isolation.

If you HAVE played the game, then you are aware that this line is delivered during a heart-wrenching climax that reveals a lot of the secrets of the game. It is a moment that made many cry..

In fact, “To the Moon” is only the second ever gaming experience in which I have “welled up” — the first being Metal Gear Solid 3. Both games told complete stories with fleshed out characters in real emotional situations.

A New Medium for Love

“To the Moon” is most important as a game because it threatens to dethrone movies, television, and books as the standard for the love story. 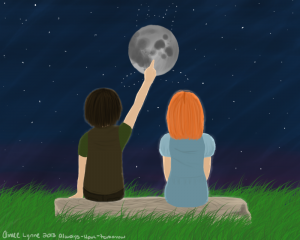 No other media can match the direct feedback and input that gaming delivers. In a genre like romance, the control of the character is analogous to the experience of the relationship. You are the lead in a story. Emotional parallels to real experiences are drawn.

“To the Moon” challenges other game creators to tell complete stories with new twists. It isn’t even that well written, providing room for other budding writers/developers. Even with grammatical errors, contrived text, and one-note characters, the game is still very much affecting.

To the Moon, the Movie?

Parallels can be drawn between “To the Moon” and what I will refer to as “that movie”. You know the one I am talking about. All of your friends are in committed relationships and are heading to the theater on Valentine’s Day to see it. This particular film stars Channing Tatum and Rachel McAdams as star-crossed lovers in a story that spans decades and features the power of extraterrestrial forces and ghosts of previous generations.

“To the Moon” is just as derivative as many of these films — films that people like myself would ironically trash.

Yet, because the user has a feigned sense of control over the fate of the protagonist, the same dry story that causes eye-rolls at the cineplex excels. Maybe this game is the start of a new virtual guilty pleasure, similar to that of the rom-com. Who knows?

All things considered, the biggest stumbling block that game creators will need to address to be taken seriously is that of the heightened tension one gets from playing video games. Scientifically, playing video games increases levels of aggression in the human body. This in turn may interfere with the brain’s ability to feel compassion. This would naturally include any story elements in the game they are playing. 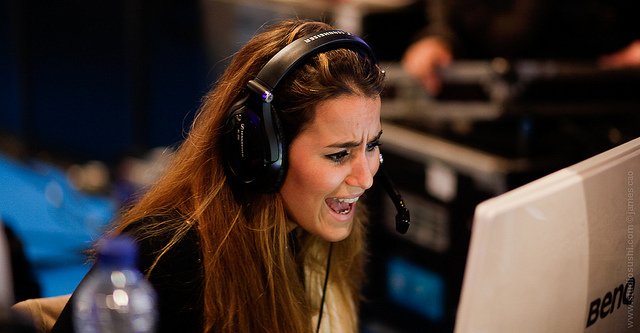 Without getting into spoilers, the ending of Bioshock Infinite was brilliant and different, but was also preceded by an infuriating combat sequence that raised aggression levels within the psyche.

The developers were smart.

They slowed down the story and gave the gamer about ten minutes of exposition to cool off before major revelations are explained. This allows the aggression levels to drop and allows gamers to consume the story with an even heart.

In this capacity, “To the Moon” is almost not a game. There is very little interaction aside from moving and solving quick puzzles. There is nothing to make a gamer tense. They are allowed to sit back and watch the story unfold. This begs the question: “Are we playing a game or watching a movie?”

So what do you think about the game’s story? What about the ending? Let us know in the comments below!

One comment on “Why “To The Moon” Made Me Cry”