The Spoiler Cast // Best Games of the Generation – Episode #19

It is a special episode of your favorite audio podcast, the Spoiler Cast, as we take a look at the best games of the generation.

The Playstation 3 classics take on the Xbox 360 gems. The Wii is shown some love and even the best indie games of the generation like Super Meat Boy and Braid get their due.

Listen in to hear the guys talk about their favorite games of the generation here:

Music, in order of appearance:

The Who – My Generation

You can also view the written version below (in case you did not want to be spoiled, we kept the audio play above and the list below).

Dan’s Best Games of the Generation: 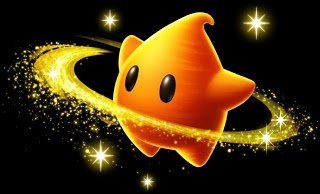 Dan: “It is odd how, almost 20 years of seasoned gaming later, I am still coming back to this mustached hero when ‘best game of’s’ are created. Super Mario Galaxy reminds us why games existed in the first place.

Not everyone may agree anymore, since gaming has evolved into a sporting event (think Starcraft in South Korea) and into a spectator’s pastime (endless MineCraft and Call of Duty Let’s Plays). But for me and my generation, gaming is exemplified by these experiences. With Mario Galaxy and the even more refined Mario Galaxy 2, gamers are taken back to a world where all that mattered was how FUN a game was.

Similar to my number six title Super Meat Boy, Mario has very simple controls yet some of the most consistently engaging and different encounters of any game this generation. That is why Super Mario Galaxy 2 is my favorite game of this generation.

Patrick’s Best Games of the Generation: 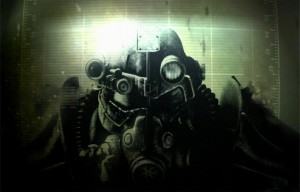 Patrick: “For me, calling Fallout 3 the game of the generation is an easy task.

It has an all-star cast of voice actors including Liam Neeson, Ron Perlman and Malcolm McDowell. Each of these voices is iconic and memorable throughout your journeys in the Capital Wasteland.

The world itself is alive and strikingly beautiful…in a post-apocalyptic way. When I play, I truly feel as though I’m in the Fallout universe. In addition, the story is full of little moments of joy and sadness that really reel me in. I developed a connection to the characters as I became more immersed. Fawkes became the Robin to my Batman (for the lack of a better metaphor) and the two of us wreaked havoc against evil-doers all across the waste.

Rarely in gaming do I develop such a connection to a simple NPC follower, and rarely do I care as much about the events that I affect in game. In short, Fallout is an amazing game full of memorable moments with an expansive explorable environment. It doesn’t get much better than that.

Tristan’s Best Games of the Generation:

Tristan: “Why choose Revengeance to put at the top of my list? Well, first because I was feeling a bit silly while putting together my list, but mostly for one important reason: every time I put it in, it feels as crazy, ridiculously awesome as the first time I played it. The controls are tight, Raiden is fast as hell, and you feel like such a BADASS slicing things apart. Free-cutting? Come on! And the fact that the FIRST BOSS is a Metal Gear Ray? And YOU CUT IT IN HALF?!?!

No other game could quite match my level of sheer hype (at least not one I’ve played, if you can think of one, tell me) and keep it going the whole way through. Have I mentioned the music? No? That’s a damn shame. because it’s thematically perfect, especially how it builds during boss fights. I swear, I could play the fight with Bladewolf over and over and over. And Jetstream Sam? Such a badass!

Revengeance serves to redeem not one, but two of Metal Gear’s characters: Raiden and Sunny. Raiden got a bit of a redemption in MGS4 where we first see him as a badass cyborg, but it’s undercut when he spends the rest of the game in intensive care after he fights Vamp. Revengeance brings home the reminder that, oh yeah, not only is he a badass cyborg but Raiden is also COMPLETELY BATSHIT. And Sunny? She goes from a character whose ONLY CHARACTERIZATION IS AN INABILITY TO COOK EGGS to an awesome preteen who makes a living designing trans-atmospheric space craft.”

What do you think is the best game of the generation?

Don’t agree with the above? Argue with us in the comments below! We love to fight to the death for our choices!

Thank you for reading and listening!!

« Zelda: The Wind Waker HD Review
The Hobbit: The Desolation of Smaug Review »

3 comments on “Best Games of the Generation – Episode #19”