Geek // Hypeway to The Dangerzone – Vanillaware

You sit at a table. Darkness surrounds you, a single spotlight illuminating the felt green battlefield. The three other generals sit next from you, their faces in shadow. Two cards, their backs red as blood wait in front of the mysterious dealer. His eyes hide behind aviator shades and he grins as he turns over the final card. Now five aces stand in a row. Five aces? How is that even possible?

With a knowing wink (how did you know about the wink, you can’t see his eyes!) he says, “ante up.” You reach out, and look at your cards in the hole. How odd, one says “Hypeway” and the other says “Dangerzone”. You decide that fortune favors the bold.

This article really got away from me. It just grew and grew and didn’t seem like it was going to stop. I also didn’t know where it was going half-way through. If you want, here is what I got before giving up and moving on to new articles.

Vanillaware is a game company based out of Japan (boy, are they ever, but we’ll get to that) who just had a new title released for PS3, Dragon’s Crown. This is the same company that also made Odin Sphere for PS2 and Muramasa: The Demon Blade for Wii (and eventually PSP). Everything they make seems to fall into the category of action RPG, and they usually work with Atlas for publishing. Now I could go into their history, leadership, plans for the future, etc. but I’m going to skip all that and talk about what they’re most famous for: their art.

Vanillaware is most known for their beautiful artwork, hand-drawn animations, illustration-like backgrounds and grueling gameplay. Their weakest area, in my opinion (and oh boy, here come the angry emails) has to be in the story. Vanillaware are big fans of tell, don’t show. Here, however, we’re going to go a bit deeper and cover two things that are near and dear to myself: BABES AND FOOD. Both feature prominently in every game and both are ABSOLUTELY DELICIOUS (if you know what I mean) every time Vanillaware puts their hands into the mixing pot of game design. Dragon’s Crown has gotten a lot of flak lately because of that, but let’s get to that in its own time.

Odin Sphere is an action RPG (like everything they do, it seems) that is rooted, loosely, on Norse mythology. To be fair, I can’t even remember the storyline to Odin Sphere so I guess I can say that the story is…forgettable? I do remember it being HARD AS BALLS to complete. But enough about that. Check out the two main female characters, Gwendolyn and Velvet:

Sadly, I can’t find a good picture of the food from Odin Sphere, and it wasn’t as prominent (if I recall) as it was in the other games. Yeah, I don’t really remember Odin Sphere, but I do remember these two.

Muramasa as a game is great. Do you like swords? Do you like more swords than you can shake a stick at, each with a slightly different appearance and different special attacks? Brother or sister, you’ve come to the right place. The controls are tight, especially for a side-scrolling action game. You’ve got two main characters (Momohime and Kisuke) who have the same mechanics but play slightly differently, with separate storylines for each (though they do meet up in the hot springs every now and then).

Muramasa actually has some decent story telling, but it unapologetically drops you right into the middle of these character’s story arcs and doesn’t explain much along the way. My guess is that, as the game takes place in a romanticized version of feudal japan, these are pre-existing stories that most Japanese people would be familiar with (kind of like if a western game studio made a game about Arthurian legends and didn’t explain who the hell Merlin was for the sake of non-western audiences). Of the two story lines, I found Kisuke’s the most predictable (ninja assassin goes on a job, loses his memory, blah blah blah). But Momohime’s tale of possession and of spirits has some nice twists. Oh wait, let’s take a look at Momohime: 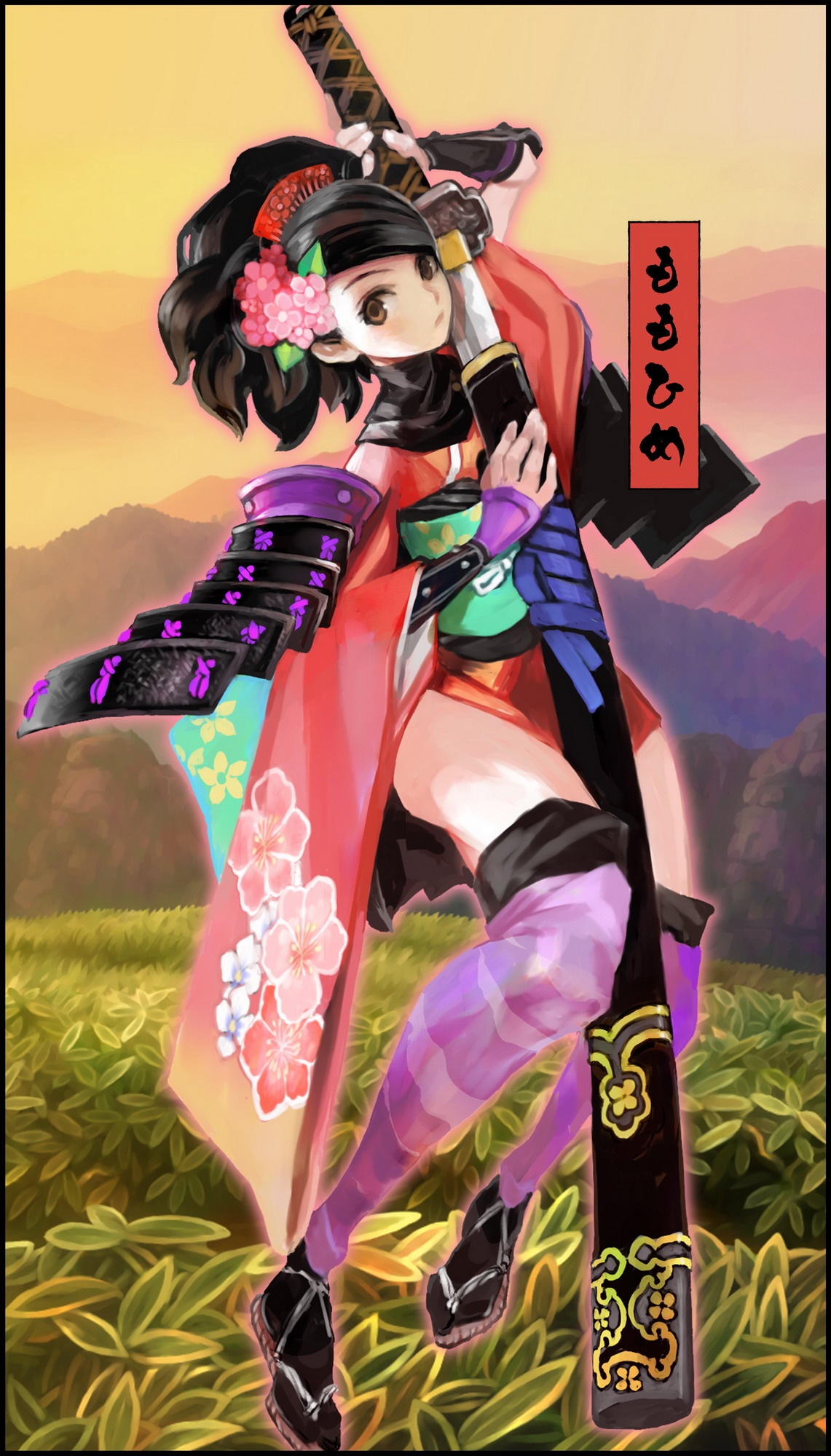 Yeah, Momohime’s pretty adorable. She isn’t quite “babe” worthy, though. Thank goodness we have the two foxy companions to fill the gap. 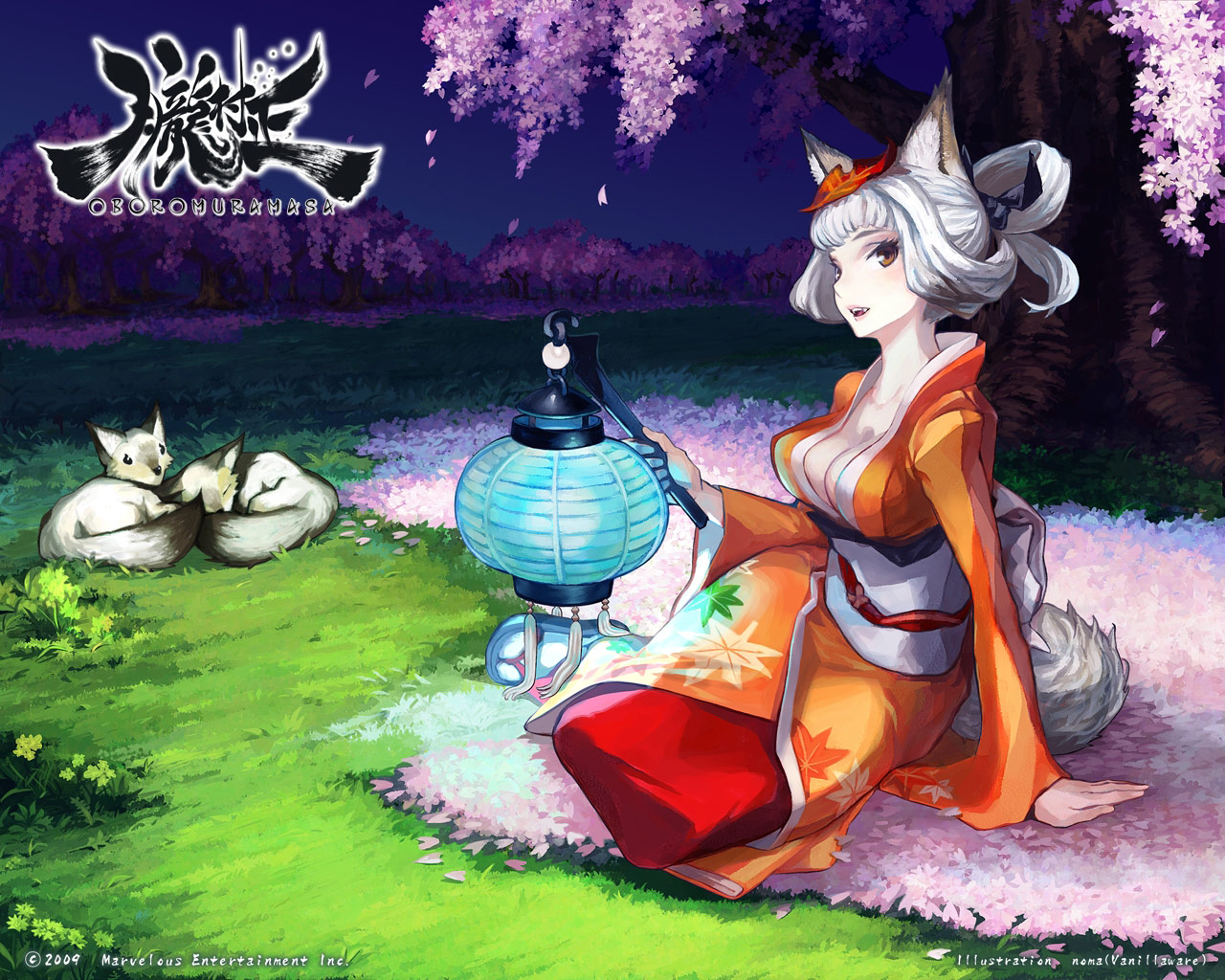 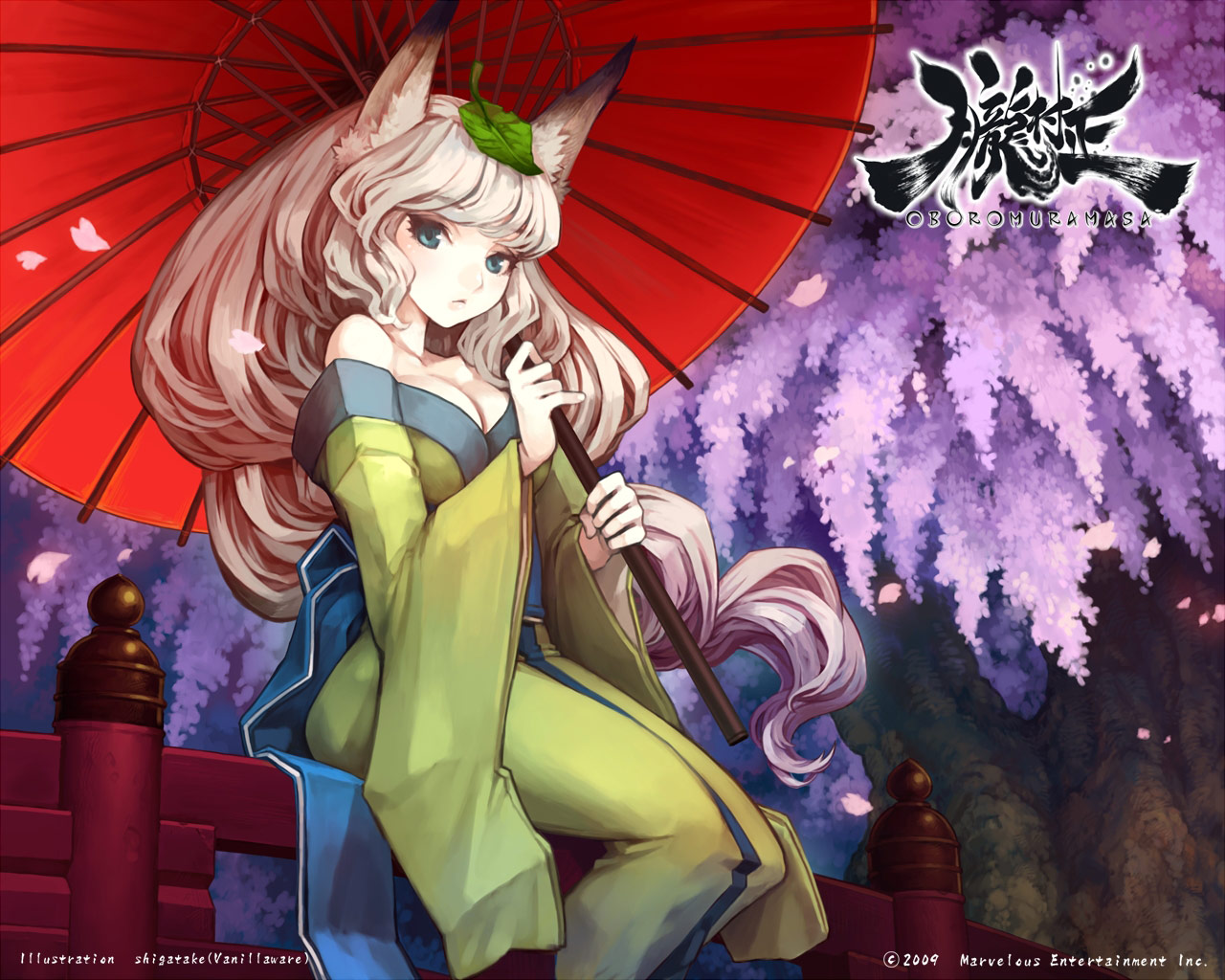 Why do they have leaves on their heads? I don’t know, but it’s cute!

These two fox spirits accompany the main characters, and act as advisors over the course of your two quests. Kongiku (in the orange) follows and assists Momohime, while Yuzurhua (in the green) assists Kisuke. Okay, yes, they are over-the-top attractive. Japanese mythology/folklore has several stories about fox spirits taking the appearance of beautiful women.

Muramasa is also the first game by Vanillaware to heavily feature food (at least more than Odin Sphere). In Muramasa you deal with food two ways: by finding roadside restaurants on the course of your adventure, or by cooking stuff yourself. Eating at a restaurant just heals you immediately. Cooking for yourself let’s you either heal immediately, or replenish your stock of “take-into-battle” goodies. Sadly, because Muramasa was only on Wii and PSP, I can’t find anything hi-def for the food, but this video shows you the cuisine.


The part that puts it over the top (in my mind) is that each button press corresponds to taking a bite. So while you can just hold down the button to gobble it up, you can also take your time and savor each beautiful, delicious bite.

Okay, now we come to our star attraction. I’ll admit, I started writing from the position of “It’s not that bad.” Western style fantasy has always had gratuitous babe-art and that. Combine that mentality with Vanillaware’s typically exaggerated style means (to put it bluntly) there are a lot of very large… art assets.

Okay, you know what? Enough beating-about-the-bush. Here are the 3 female playable characters: The Sorceress, the Amazon and the Elf: 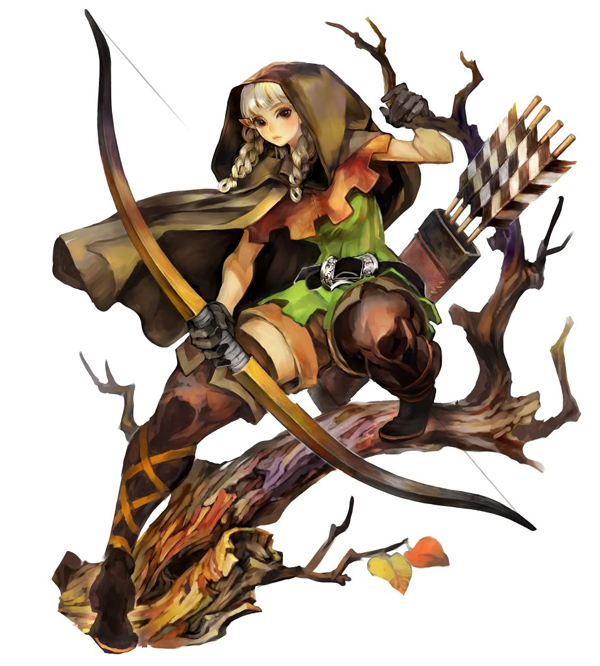 I can’t play as the sorceress. She is too distracting and there is NO REASON for her to be that… endowed. Everything she does – practically EVERY animation – is designed to be exciting. Don’t get me wrong, I am a man who appreciates a nice set of mammary glands, but DAMN. Also, does she really have to lick her fingers so slowly after eating food? Seriously, I can’t play as her because I find myself getting distracted by all her little motions rather than focusing on what’s happening around me.

It’s about time someone gave Chun-Li a run for her money when it comes to thighs. Here’s the thing though – It makes sense in terms of characterization. She is the fastest and most mobile character in the game. Her power comes from her legs and she isn’t weighed down by armor. She’s maybe not the toughest character in the game, but she’s no shrinking violet. The Amazon Can do terrifying amounts of damage, but takes more damage from hits then, say, the fighter who stays in full plate mail the whole game. The fighter’s design is also the exact opposite of the Amazon’s in that he’s all torso and arms where she’s all legs. Which makes sense when you consider they are also at the opposite end of the spectrum in terms of gameplay.

For the fantasy genre, this is all par for the course. And let’s not forget that the male characters are just as implausible and exaggerated as the females. When a female character has an impossible figure, it’s crude and base. No one complains when they’re put right next to a male character with a chest like a Buick. Guys can have body-issues too, people. This much was typical. I could deal with this. I figured two out of three wasn’t bad, was it?

Then I got to the part of the game where I started unlocking artwork.

And now I can’t write anymore…