This past weekend, I took a big step in the geek universe. a rite of passage.

This weekend, I took part in the midnight prerelease of Magic’s newest set, Dragon’s Maze.

Here are my thoughts.

Editor’s note: I have only been playing Magic for a couple of years, so take some of what I say with a grain of salt.

I assume that if you are reading this article, you are familiar with or interested in Magic: the Gathering (MTG). The newest block of block, Return to Ravnica, deals with the warring of 10 guilds. The first two sets tackled the exploits of five of those guilds each and was a very cool concept.

So, with Dragon’s Maze, where we have already revealed and played as the warring guilds, we now get control over two ally guilds at one time. For example, if I play as the Simic guild (Green and Blue color), I would also call upon an ally that shares a color with that guild, like Selesnya (Green and White).

All the above being said, it is much more common, if not necessary to play a tri-color deck.

In tournament play, you choose a guild that you would like to play as. Then, you are randomly assigned an ally guild, which is from the other previous set and shares one color with your chosen guild. So if I choose a guid from the Ravnica set, I am going to get a guild from Gatecrash as my ally.

In practice, this amounts to getting one booster of only your main guild colors, a second booster filled with cards from the ally guild, and finally four traditional boosters from the new Dragon’s Maze set.

You then build a deck using what you receive, typical of a 40-card sealed format. 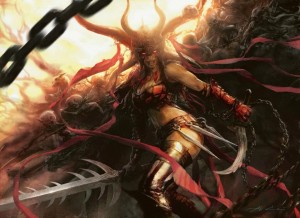 Exava, the guild champion of my preferred guild, Rakdos.

What did I play, how did I do?

I am a man of simple taste. Give me big dragons and some serious aggression and I am ready to go. Consequently, my first and second choices were Rakdos and Gruul respectively. Luckily, I was given Rakdos with Gruul as an ally guild, so I was excited to get going.

My first match went well, as I won in the third of three games to a somewhat challenging Boros-based deck. It was close, but my deck was a bit more aggressive, which ultimately sealed the deal.

The second match was my most crippling defeat, as the opponent used an Azorius deck with good monsters. The control was there, and a lot of my creatures were tapped throughout. Also, the presence of green in the deck enabled the opponent to present creatures to match.

I easily one the third match against a Dimir player, who seemed to be running strictly the black and blue color combination. Even in sealed, where people make decks from scratch, the slow burn of Dimir was no match for a quick deck like my own. On to match four.

In the final match of the sealed, I was defeated in a close fight by yet another Azorius player, this time with Boros as back-up. It was a close defeat, but ultimately seemed inevitable, because… 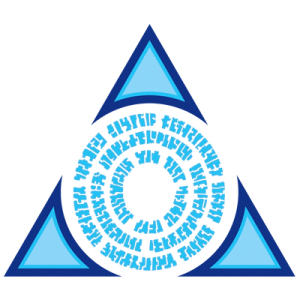 In the tournament I played, the shining stars had one color in common, white.

The color’s inclusion in control decks and life-gain/removal like Azorius and Orzhov made it a killer force. As I got obliterated by an opponent’s White/Green/Blue deck, I was reminded of the power that control had in so many situations. Combining typical blue and white control cards with green monsters is an obviously killer combination.

One element that was cool was the inclusion of a race maze board. Every time a guild won in the tournament, the button for that guild would be moved on a playing board, until one team made it to the end.

In my pre-release tournament, Azorius held top honors, followed by guilds like Selesnya and Orzhov. Meanwhile, the “darker” guilds were held back.

It is safe to say, the more control-oriented decks will win you the prize, something I wish I had heard sooner. 🙂 🙂 🙂

What did you think?

Most importantly, what did you folks think about the most recent sealed tournament?